Construction Accidents a Top Risk for California Drivers and Workers 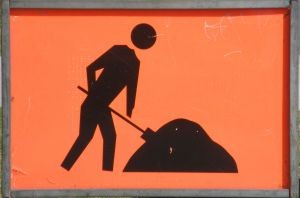 Construction and maintenance sites on highways and roadways are dangerous places for both workers and for motorists in their cars. This is especially true in California, which the Centers for Disease Control and Prevention (CDC) identifies as one of the states with the highest rates of motorist injuries in road construction sites.

Drivers have an obligation to ensure they are not taking unnecessary risks or making driving in construction zones any more dangerous than it has to be. An experienced car accident lawyer can provide representation of victims who suffer injuries caused by drivers who break driving safety rules or who are otherwise careless as they travel through construction areas.

CONSTRUCTION ZONES ARE A RISK IN CALIFORNIA

The three states in the United States with the highest fatality rates for motorists in road construction zones were California, Florida, and Texas. In each of these states, there were more than 50 motorists killed annually in construction areas in 2012.

California may have a high rate of construction zone deaths for many reasons. New development and rapid growth in the state resulted in more construction, and construction can occur year round due to pleasant weather. Construction accidents in the state, however, usually occur because drivers do not know how to move safely through construction areas.

Lanes end suddenly or drivers are forced to merge, and drivers are often forced to detour onto unfamiliar roads where they do not know where to go. All of these factors can make motorists more likely to be in accidents, as can distraction if drivers focus on a map to tell them how to detour around construction or if they pay attention to what the construction workers are doing instead of looking at the road.

Drivers need to know the risks to workers and to other motorists and should be sure to slow down and exercise reasonable caution whenever they move through construction areas.