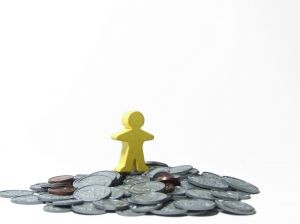 Determining who is at fault when a rear-end crash happens in Vista, Del Mar, Hillcrest, San Diego, and surrounding areas is essential because the accident can do a significant amount of costly damage. An experienced rear-end accident lawyer knows that even an accident at a low speed can cause long-lasting soft tissue injuries or other health issues. A rear-end accident can also cause significant property damage to vehicles, especially in cases where a car and an SUV are involved in a collision.

When you are in a crash, your liability insurance should cover the costs of losses to other drivers if you were responsible. However, unless you have collision and injury coverage, your own losses (both due to injuries and property damage) are not going to be covered if you are at fault.

If the other driver is to blame, on the other hand, you should be fully compensated for all crash damages. While the driver in the rear is usually at fault and often must provide compensation to those harmed in rear-end crashes, this is not always the case. It is important to uncover exactly what happened in order to get to the bottom of who should pay for damages.

REAR-END ACCIDENTS WITH SUVS CAN BE VERY COSTLY

Bankrate reports high costs can be incurred for property damage when a car and an SUV are involved in a crash.

When a car and an SUV are in a rear-end collision, the bumper of the car and the bumper of the SUV do not line up. This means that whether the SUV hits the car, or vice versa, there is likely to be much more damage than when two cars collide. When two cars hit, the car in the rear will likely damage the bumper of the vehicle in front. While this can still lead to soft tissue injuries that are costly, the property damage is often minimal in a slow-moving car-on-car rear-end crash.

If a car hits an SUV, the car is likely to slide underneath the SUV. This can lead to significant damage to the front of the car and the parts under the hood, as well as to the body of the SUV. If an SUV hits a car, the bumper will also tend to push up and over the bumper of the vehicle, often causing damage to the body of the car and the radiator and front end of the SUV.

The most expensive SUV-to-car collision resulted in more than $7,400 in damages according to Bankrate, while the most expensive car-to-SUV crash resulted in almost $10,000 worth of damage. This data comes from a study conducted by the Insurance Institute for Highway Safety, which looked at crashes in which the rear-end accident happened at a speed of just 10 MPH. In faster crashes, the property damage is likely to be even more significant.

Injury costs can dwarf property damage costs, but the potential to pay thousands of dollars in damages for a vehicle is still significant. Drivers need to determine who is at fault in order to determine who needs to pay the bills for a rear-end accident.