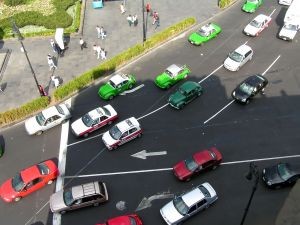 California has one of the strictest bans on texting and driving in the country. Courts have even ruled that drivers are not allowed to enter information into a phone being used as a GPS while the motorist is behind the wheel. Bans on texting and cell phone use go a long way towards protecting motorists in Vista and surrounding areas.

A personal injury lawyer knows that it is difficult to measure the impact of texting bans on road safety. While texting is unquestionably dangerous, not all drivers follow the law and avoid using their phones to text or send emails even though this type of distracting behavior is illegal. Recently, however, CBS News reported on a large-scale study designed to measure whether texting bans can make a difference in making people safer or not.

The recent study reviewed information on hospitalizations resulting from motor vehicle collisions in states that had passed strict texting laws between 2003 and 2010. The purpose was to try to determine if the rate of people hospitalized after a motor vehicle accident declined in response to prohibitions against texting being passed.

The researchers tried to account for other factors that could also affect hospitalization rates related to motor vehicle accidents, such as other changes to laws on things like speeding or drunk driving.

In California, motorists can be pulled over just for violating distracted driving laws.  This is the case in the majority of the United States. A total of 45 states in the U.S. have passed texting bans and only five have secondary enforcement laws. Of states that do not ban texting, there are some limitations in place precluding texting in certain situations or among certain groups of drivers.

One of the groups of drivers usually targeted by texting bans even when there is no prohibition of texting for all motorists is young people. Young teen drivers are frequently thought to be the most likely to text. However, a statement from a professional at the Governors Highway Traffic Safety Administration (GHSA) suggested that is is actually people between the ages of 25 and 40 who are most likely to be texting. It was drivers over 22 who had the bigger declines in hospitalization rates according to the recent study on the impact of texting bans.

All drivers benefit when texting is made illegal because the prohibitions discourage or prevent this dangerous behavior.