GDL Framework Could Help Save California Teens from Car Crashes 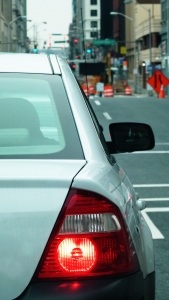 Young teen drivers are among the most dangerous motorists on the road in San Diego County and communities along Interstate 5 through Vista and Del Mar. Inexperienced new drivers face a significantly greater risk of becoming involved in a car accident as compared with more seasoned drivers. A personal injury lawyer knows that graduated licensing requirements can help to mitigate this risk.

Graduated licensing requirements are already in place within state. However, the National Safety Council has proposed a comprehensive new framework that it believes would be beneficial for states nationwide to consider adopting. The NSC’s published report on its suggested graduated driver’s licensing (GDL) programs would apply to any new driver, not just teens, although some of the requirements could be relaxed for adults.

The National Safety Council recommends that an effective GDL program would include two separate and distinct learning phases. During these learning phases, a new driver would have decals on his or her vehicle indicating that he had a restricted GDL license so that it would be easier to monitor compliance with the requirements.

The first phase is the beginning “learner” stage and it would start no earlier than age 16. A teen would be required to undergo a knowledge test before getting the learner’s permit. This learning phase would last for at least 12 months and a teen driver in this phase would be required to have at least 50 hours of driver instruction. A log books should be kept charting the instructions that take place. Teens within the learner phase would not be allowed to use electronic devices and a zero tolerance alcohol policy would apply. Wearing a seat belt would also be required.

Drivers education offered to teens within the learner program would be regulated by states and would need to include a parent orientation where the benefits and rules of the GDL process could be explained.

A teen in the intermediate stage could drive alone without supervision, but is subject to restrictions on night driving as well as limits on the number of teen passengers. Only one teen would be allowed in the car as a passenger, and the new driver wouldn’t be allowed to drive between 9:00 or 10:00 pm and 5:00 am.

This comprehensive framework was designed with an expert panel, as well as after a careful review of environmental materials and successful driver’s education programs.